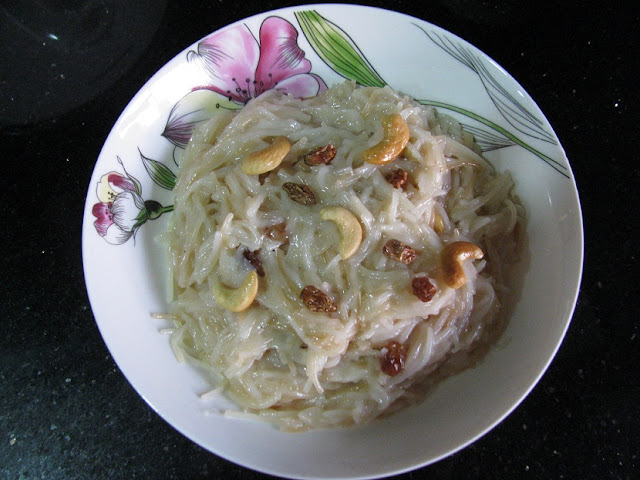 An incredible thing happened last week. My mother-in-law had an evening snack. Now before you start wondering if i might be a little crazy, you need to listen to me some more. She never has an evening snack. In her own words "even if you give me gold, i will not eat anything between lunch and dinner". And this rule she has been diligently following for as many years as she can remember, probably more than a decade. When i give her samples of my cakes, cookies or other speciality foods i make, she will eat them as part of her main meal, lunch or dinner, reducing the rice portion. She usually has one cup of tea in the afternoon (substituted by milk earlier this year because the doctor advised her to eat more when recovering from a serious illness). Even at that stage she staunchly refused to eat anything between lunch and dinner. Then last week, coconut milk pudding happened. Every time i cook something new, i get my feedback from her. And I couldn't stop smiling when she told me how she broke her rule of no evening snacks, how the aroma lured her to taste one spoon, how she came back for a second spoon within minutes because she was now distracted with how good it tasted, how she finally relented and served herself a cupful, and how my father-in-law followed suit. It was incredible, people! 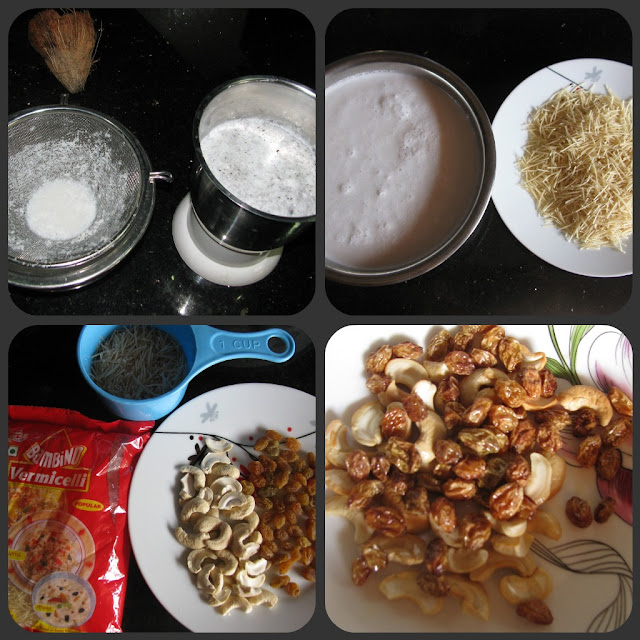 Payasam, traditionally, is a milk pudding and is a very common sweet dish in Andhra households. It is almost compulsorily made for all festivals and festive occasions. Now how do you make Payasam when the only other person in the house dislikes milk with a passion, and if you yourself slightly share that passion (hot milk smells weird, people). A normal person probably thinks of a different dessert. But somehow on my husband's birthday last month, a brainwave hit me. Could i not have that same dessert with a substitute for milk? And i decided coconut milk was not a bad idea. On that day i only had half a coconut at home, having used the other half for this earlier in the week. I brought out my mixer-grinder, turned the half coconut into coconut milk and made this sweet dish. The cooking time is about 15-20 minutes and its a simple delicious dessert, especially if you buy the coconut milk. My mother-in-law said she had never heard of this dessert and asked me for the recipe. And then the husband asked me to make it again last week - this being the first time ever he asked me to prepare a sweet dish. He is a 'fresh fruit is dessert' person. I was jumping with joy when i was asked to make this a second time. Also because most of my food experiments usually get the remark - this was okay this time, but i don't want it again; and those stories don't reach you. This, however, is a dessert you will want again and again, my friends. Do try it out once. 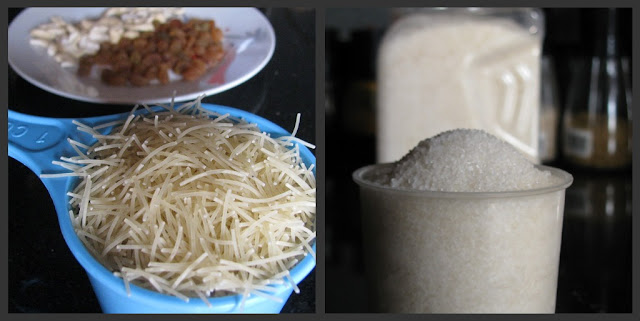 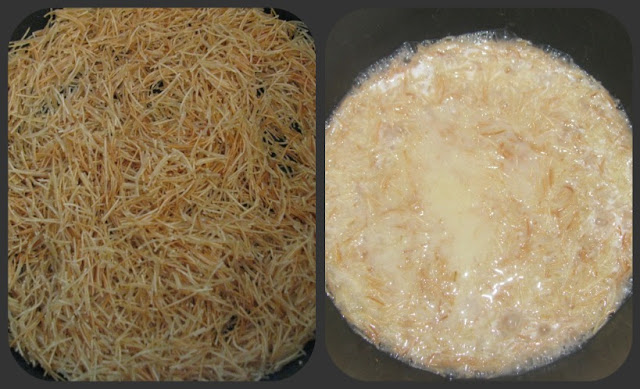 Heat 1 tablespoon oil (or ghee if you prefer) in a large saucepan on medium heat. Add the cashews, fry till golden brown and remove to a plate. In the same oil add the raisins, fry till they puff up and remove to a plate. Add the remaining table spoon oil and tip in the vermicelli. Fry till golden brown and add the thin coconut milk (or just plain water). Continue to cook on medium heat till all the liquid is absorbed. Now add the sugar. Once the sugar melts into the pudding, add the thick coconut milk and cook for a couple of minutes until the vermicelli is soft. Turn off the heat and garnish with cashews and raisins. Serve hot or cold. 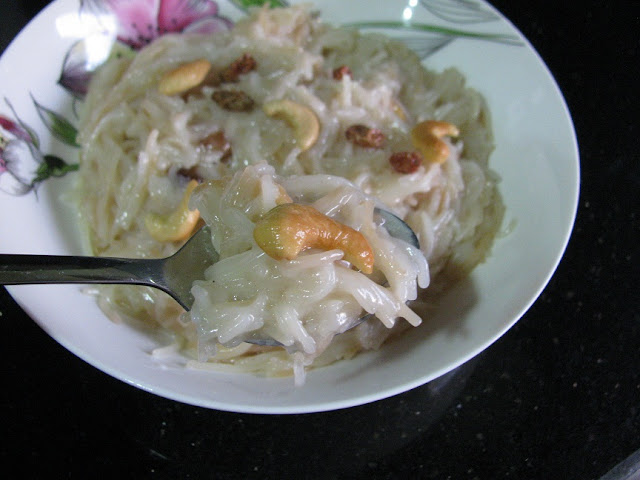 I found that there are a few celebratory events in the food blogging world this december and that this pudding will be eligible for a few. It especially fits in perfectly for "Desserts with coconuts" hosted by Raksha, which is Raven's event.

Also sending this to Julie's Christmas Delicacy and Kavi's Jingle All the Way, and Vardhini's Sinful Delights.