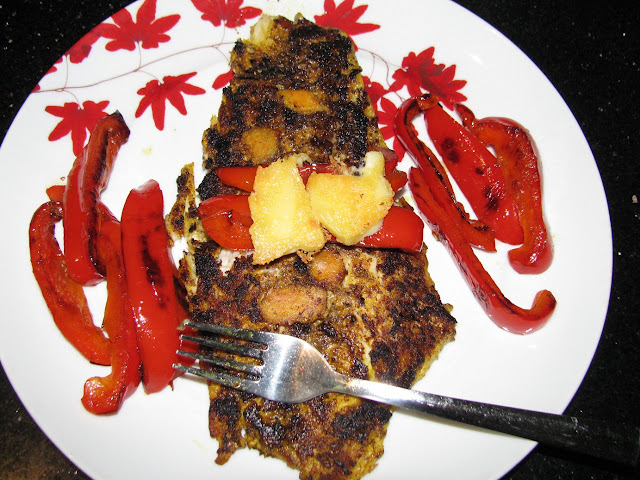 This dish was from a little while ago, late august if you must know. I immediately wrote up the ingredients in a draft blog post, because i was cooking many new things around that time and lest i gave you the wrong recipe a couple of days later. But for many reasons, i did not go back to it the expected couple of days later.
I hesitated in posting this because the pictures were not what called to you. The fish tasted delicious, no problem there. We cleaned up the whole thing in less than 10 minutes, with the picky husband accepting the larger share. But i wasn't sure anyone would be tempted by the pics i had clicked. Actually i was sure many would decide my blog didn't merit another visit. I didn't want to risk that. But then i also did not want to leave it in drafts forever, such a delicious thing had to see light, especially if it has been patiently waiting for me for this long. So i came up with a compromise, i ditched all the bad looking, blurry close-ups of the ingredients. And for the two pics that i decided were passable and had to be there to show the process, i combined them together into a collage using this free software called picnik. 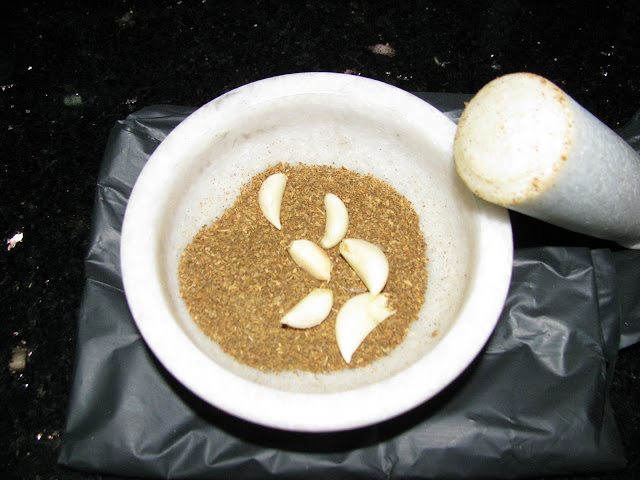 I am not one to process my photos, i click them with a 'point and shoot', download them to my computer and upload them to my blog. Till date i have never used any photo processing effects, except to convert some into black and white and today to bring two photos together in a single frame. I am not entirely sure its a good thing, me refraining from the special effects, if it means better looking pictures for my readers. But for now this is all you get, until i throw my laziness away, experiment with special effects or maybe until i get a new laptop that still has a left-click mouse button that will allow me to drag and drop. This one i am typing on doesn't! 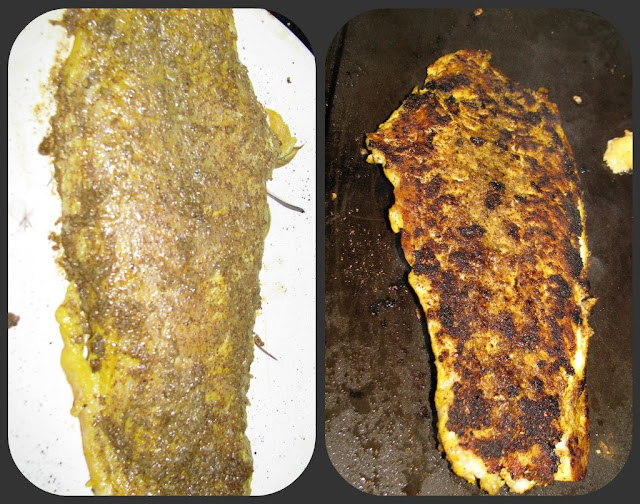 Method
Wash the fish fillet, drain all the water and pat dry with paper towels. Dry roast the mustard and coriander seeds until slightly aromatic, please don't burn them. Using a mortar and pestle like i did, or in the smallest jar of your mixer/processor, grind the mustard and coriander seeds into powder. Add the turmeric, garlic, lime juice, a tablespoon of oil, salt and pepper and grind again to a fine paste. Rub this marinade gently onto both sides of the fillet, cover with cling film and leave in the refrigerator for an hour. Heat a griddle or a heavy bottomed pan on medium-high heat. Sprinkle some oil and place the marinated fillet on the hot surface. Fry for about 3-4 minutes on each side until the fish is flaky and cooked through. I served it with some grilled cheese and red bell peppers. 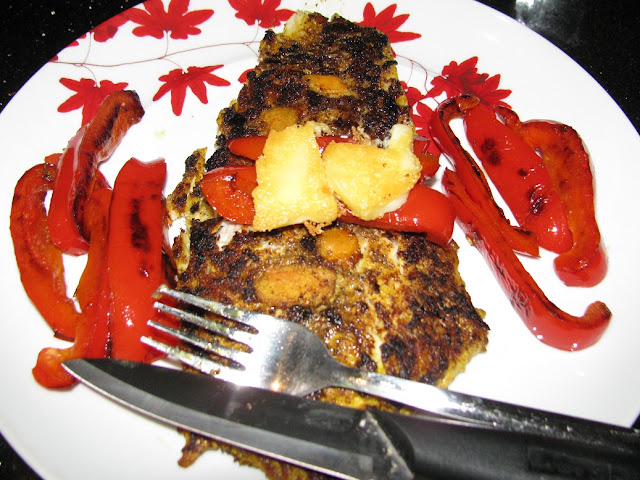